IMPLEMENTATION OF CREDINFO IT SYSTEM FOR MFIs…

SET UP OF THE FIRST ETHICAL BANK…

LOAN FUND RECAPITALIZATION OF THE CENTRE FOR… 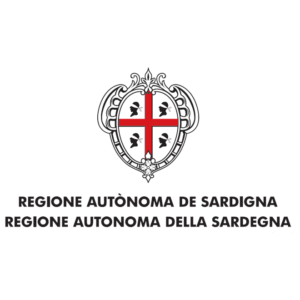 The Sardinia Region is actively engaged in the implementation of several tools and policies in favour of entrepreneurship and business development.

Ranking as the second largest island in the Mediterranean Sea, Sardinia is an administrative region in Italy and it represents one of the five Italian autonomous regions. It has a surface of 24 090 km2 and a total population of 1.653.135 inhabitants (almost 70 inhabitants per km2, one of the least populated regions in Italy).

Gross domestic product tends to be much lower than the Italian and EU average. In 2016 the GDP per capita (Purchasing Power Standard, PPS) in Sardinia was EUR 20,600, equal to 71% of the EU average, while the national average amounted to EUR 28,200.

Therefore, the evolution of the GDP during the last 5 years is quite similar to the general tendency recorded in Italy, reflecting an economic growth slower than other EU countries. Nevertheless, the GDP per capita in Sardinia is still one of the highest among the Southern regions of Italy and southern Mediterranean area as well.

Indeed, regional economic situation perfectly reflects the global performance in the last years, which has been wisely summarised in the 2016 edition of the World Economic Outlook with the sentence “Too slow for too long”, referring to an economy which is growing rather slowly and still exposed to the negative risks of financial market trends, geopolitical pressures and demographics changes.

Thus, the Sardinia Region as institutional public body is actively committed in promoting smart growth, sustainable development and social inclusion, envisaged within the framework of the European 2020 strategy, through different policy actions on the regional, national and international level.

Sardinian economy is dominated by the tertiary sector, likewise the national structure, while agriculture and farming have a stronger role if compared to the Italian average (sheep farming and sheep products are particularly relevant for local economy). Strategic contributions for local economy also come from tourism (top summer destination but also remarkable cultural and natural attractions), trade and the public sector together with a growing ICT segment.

In this context, a key role is played by Sardinia Region by managing EU funds, in particular through its Smart Specialization Strategy, the so-called S3 Strategy, which aims at identifying territorial assets, exploring their innovative growth potential and effectively implementing priority action in five strategic areas:

The Regional economic structure is made up of small companies; those under 50 employees are 99.54% of the total (2011 figures). Furthermore another standing problem is the difficulty of access to credit for local SME’s: due to the ongoing condition of the credit crunch, local companies suffer for complicated relationships with the banking system. The consolidation and modernization of enterprises will be supported through different measures: there will be a gradual shift from traditional tools, based on contributions repayable in rotary instruments (SIF), to mixed instruments for strengthening the financial structure of companies and attract private investors. A significant role will be played by financial intermediaries other than the banking channels, also in order to support the programs and policies of growth in international markets.

In the last years, a particular attention has being reserved to the support of the so-called disadvantaged categories (notably women, youngs, jobseekers and immigrants) in order to help them to exit from social and economic exclusion through the setting up of a business supported by microcredit loans.

The participation to the project has encouraged the Sardinia Region to explore the existing  framework of microfinance providers at local level, the instruments available and their social and economic impact.

The  intensive learning exchange has then allowed the acquisition of a relevant knowledge on tested tools, methodologies and procedures as for microcredit loans and support services.

During the several study days organised by the partners it has been effectively possible to explore in detail the policies developed in each territory, the instruments adopted as well as concrete experiences of local clients.

In this framework, the Sardinia Region has found particularly interesting, among the others, the partners’ best practices with reference to the setting up of a network of microfinance providers, the definition of a risk assessment methodology and the promotion of trust-based partnerships.

Policies implementing similar tools will be thus included in the Local Action Plan (the most important output of the project)  together with other measures already successfully tested, like the Microcredit Fund  managed by the Sardinia Region, using ESF resources, since 2009.

Undoubtedly, one of the most important lessons learnt is the importance of creating synergies among committed bodies, tools and resources in order to maximise the impact of the allocated budget and foster social and economic inclusion in the region. In this context, it has been promoted the Social Impact Investing Fund, defined within a strategic partnership between the ERDF and ESF Managing Authorities with the aim of providing financial and non financial support for disadvantaged categories.